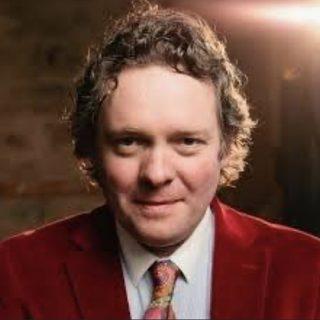 Tim Hogarth was born in June 1967 in Keighly West Yorkshire brought up in the village of Haworth famous for being the home of The Bronte sisters. Tim developed a keen interest in history & antiques from a very young age attending local jumble sales then progressing to Flea markets & antique fairs. On leaving school Tim worked for a local factory until he saved enough money to start his own antique business. First doing markets he quickly moved to antique fairs and then opened a shop in Haworth.

With a wide and general knowledge of his trade, Tim began at 21 to go to London selling antiques in Covent Garden market portobello Bermondsey. Where he became a firm fixture on the art antique scene in London selling to an international client base including many celebrity customers inc Ralph Lauren Valentino, princess Margret to name a few. Tim met and married his wife Nicola Through the antique business they married in 1995 and had there only child a girl Hester in 2001.

In 2006 Tim was approached to be Contributing dealer on a new tv show called Dickinson’s real deal, From its inception, the show became a huge hit with viewers of all ages from across the world. Tim became a firm favourite on the show with his Yorkshire humour and banter with the public and the shows host David Dickinson who named him the gold finger !! David also does a rather good impersonation of our Timmy! The comedian Joe Longthorne also inc Timmy in his spoof of the Real deal playing heavily on timmys Catchphrase I can’t!

On the success of the real deal, ITV created a spin-off show Secret Dealers with a number of real deal dealers. After the pilot show, ITV dropped the Presenter and The 7 most popular dealers were made the stars of the show taking over the presenter roles. With the new tiles, the show became a huge success being nominated for the best daytime show at the RoyalTelevision awards. The show became a huge success in Australia and like DRD was shown Around the world. In 2015 Tim began to write his first Book The Dazzling lady Docker a biography of the infamous 1950s Socialite and spendthrift who to date is the only person ever to be Banned from Monaco. The book became a bestseller and Featured heavily in numerous publications inc Tatler & Daily Mail.